The Chiacchiere, of course! In Ireland you have just celebrated Pancake Tuesday. In Italy… well, we go big with Carnival!

From last Thursday to yesterday in Italy everyday was a “Fat Day”. Fat Thursday, Fat Friday and so on… until the Fat Tuesday, or Martedi Grasso or Mardi Gras, like the French say.

Traditionally, these are Carnival days, those ones which precede the Lent and (in order to not to die of starvation during the following 40 days) you indulged in a lot of fried and fat foods. Most of them are sweet. 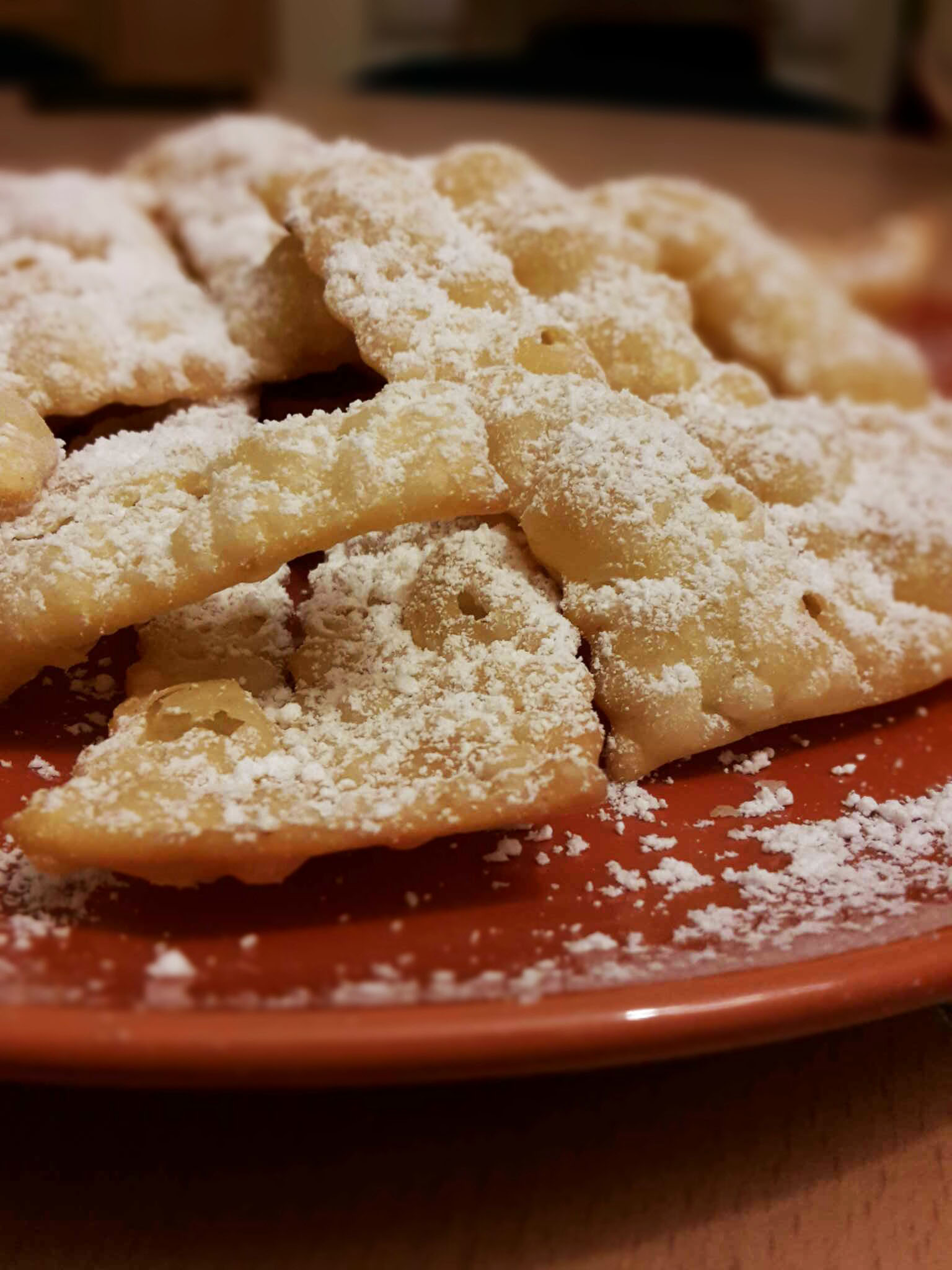 From an anthropological point of view, carnival is a reversal ritual, in which social roles are reversed and norms about desired behavior are suspended.(…) Carnival can (..) be regarded as a rite of passage from darkness to light, from winter to summer: a fertility celebration, the first spring festival of the new year.
Traditionally a carnival feast was the last opportunity to eat well before the time of food shortage at the end of the winter during which one was limited to the minimum necessary. On what nowadays is called vastenavond (the days before fasting) all the remaining winter stores of lard, butter and meat which were left would be eaten, for it would soon start to rot and decay. (…) All the food that had survived the winter had to be eaten to assure that everyone was fed enough to survive until the coming spring would provide new food sources.

Nowadays only a small part of the Italian population practice the Lent, but the Carnival is still extremely popular, especially among the children.

In a lot of cities  there are big Carnival Festivals (Viareggio, Venezia, Putignano, Acireale or Sciacca, the most well known) with street parties, people of all ages wearing masks and parades with spectacular papier-mâché floats.

Usually the main theme of the floats is to mock the powerful ones, such as bishops, politicians, ecc. But, well, they can’t complain because according to tradition “a Carnevale ogni scherzo vale” that is “during Carnival every prank have to be accepted”! 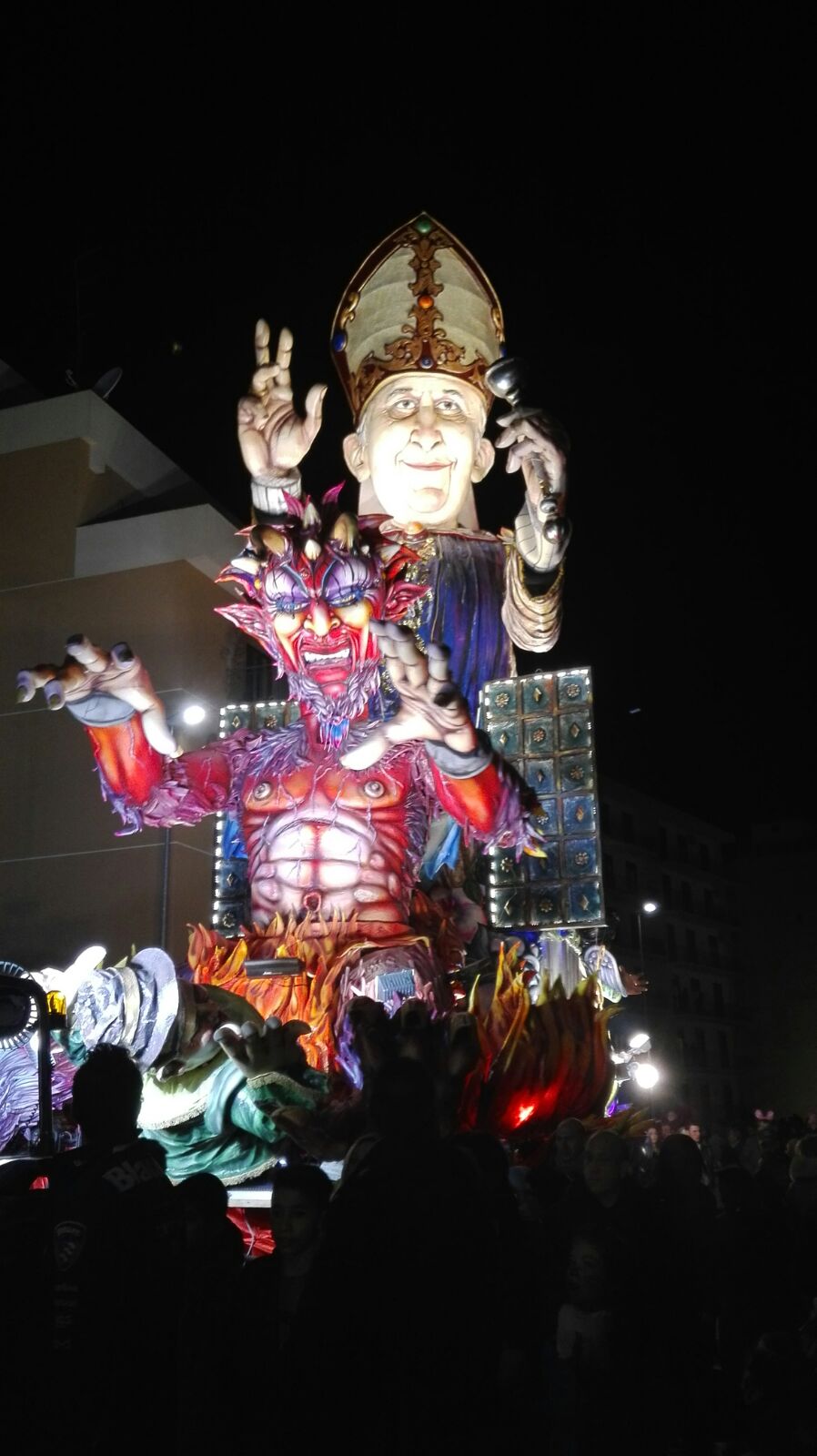 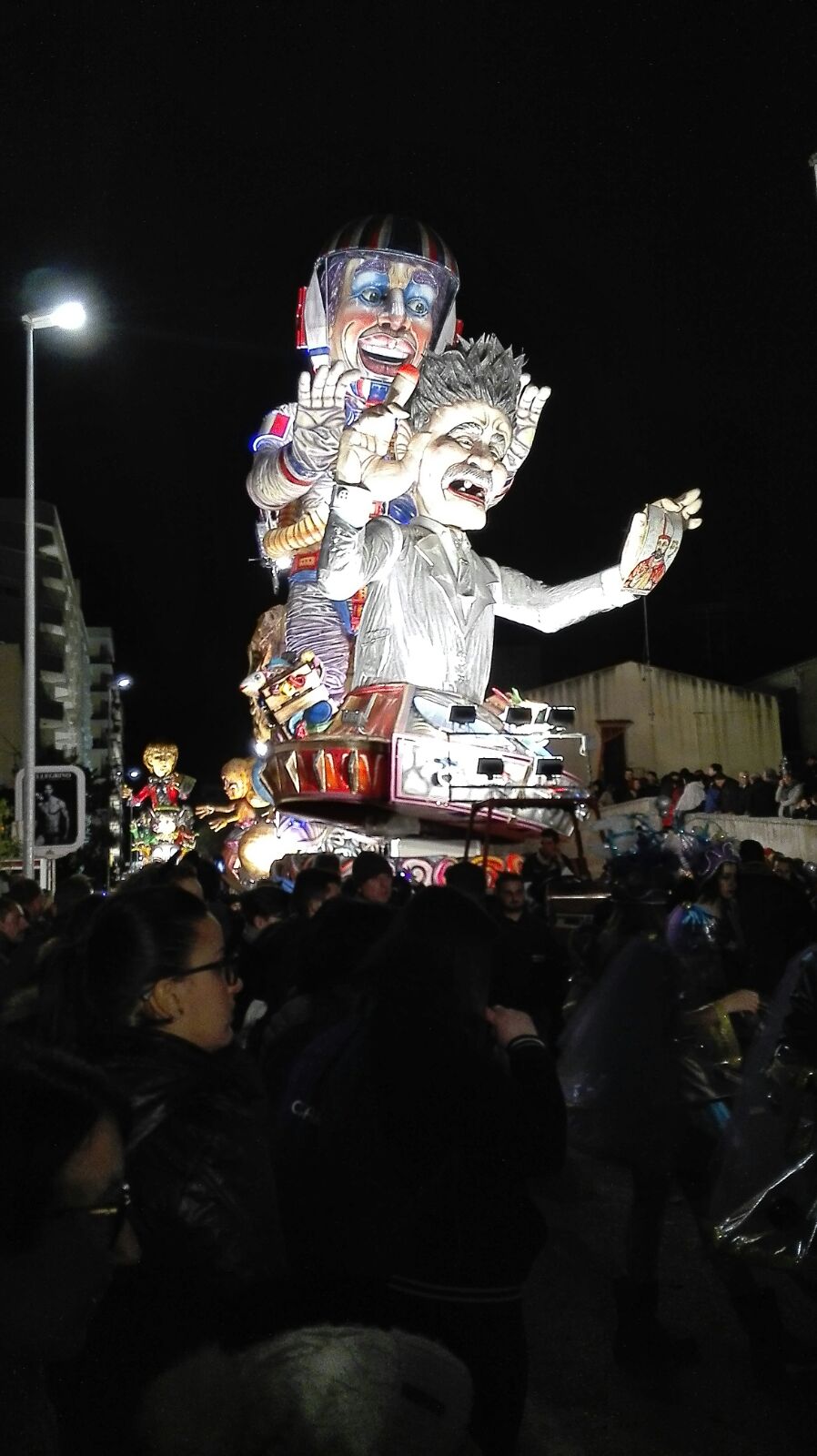 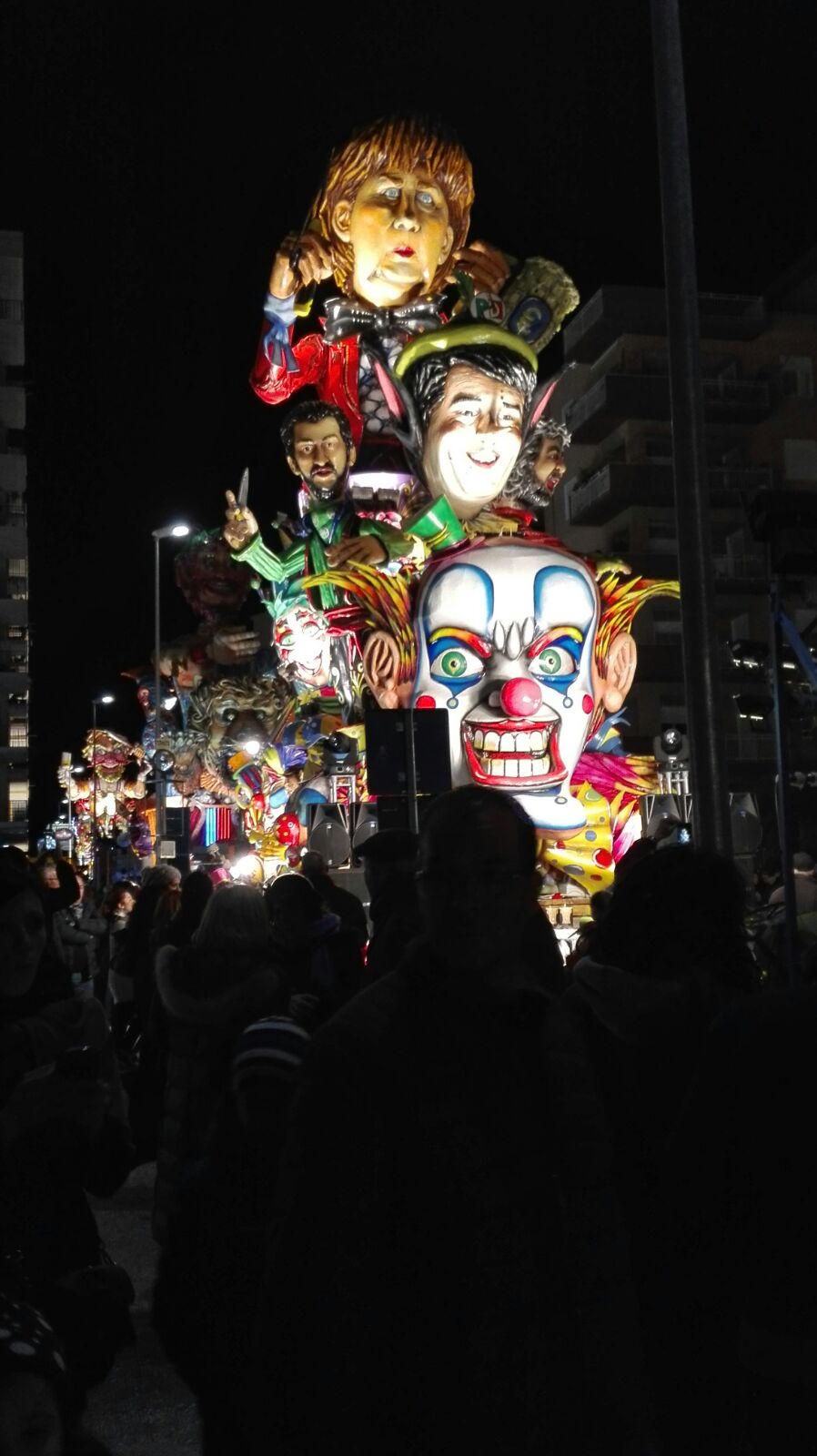 In Ivrea they even engage a huge fruit fight with oranges.

It is a bit sad to be abroad in these day when you know that your family and friends are celebrating… and so what a better occasion for a bit of comfort by preparing the chiacchiere, traditional Italian carnival sweet fried pastry?

Actually, these kind of pastry is prepared with different names in half Europe. It has hundreds of different versions and names. In Italy, it has a different name from region to region.

Anyway, whatever you want to call it… chiacchiere, or frappe, cenci or crostoli, angel wings, or bugnes, if you are curious and want to try it, this is the recipe that we followed this year in our home.

Mix the flour, the butter, the eggs, the caster sugar and just enough wine to get firm dough (like the ones for pasta).

Now, you decide! If you are If you are well trained grab a rolling pin and roll out the dough to obtain a very thin sheet.
Otherwise, if you want to be lazy and have a faster and more uniform more result use a pasta machine as Imperia.

Cut some strips a few centimeters large and about ten centimeters long. Or cut into rectangles with one or two cuts in the middle. In short, use your imagination!
Fry in hot peanut oil until they are lightly golden brown and sprinkle with icing sugar.

This website uses cookies to improve your experience while you navigate through the website. Out of these, the cookies that are categorized as necessary are stored on your browser as they are essential for the working of basic functionalities of the website. We also use third-party cookies that help us analyze and understand how you use this website. These cookies will be stored in your browser only with your consent. You also have the option to opt-out of these cookies. But opting out of some of these cookies may affect your browsing experience.
Necessary Always Enabled
Necessary cookies are absolutely essential for the website to function properly. This category only includes cookies that ensures basic functionalities and security features of the website. These cookies do not store any personal information.
Non-necessary
Any cookies that may not be particularly necessary for the website to function and is used specifically to collect user personal data via analytics, ads, other embedded contents are termed as non-necessary cookies. It is mandatory to procure user consent prior to running these cookies on your website.
SAVE & ACCEPT