Autumn is for squash! Sweet and sour is perfect for every sort of squash and, with its Italian name, Agrodolce, is one of the foundations of Sicilian cuisine.

Sweet and Sour: An Ancient art

There are certain cooking traditions that unify all the mediterranean world. One of these mediterranean common food passion is the sweet and sour technique, aka Agrodolce in Italy and Escabeche in Spain and Latin America.
Sweet and Sour is one of the most ancient ways for mediterranean people to delay food spoilage. It is made by seasoning meat, fish or vegetables with a sauce made with a acidic (generally vinegar) and a sweet part (honey, grape juice, date molasses).
Thanks to the acidic pH, it is possible to extend the food shelf life and, incidentally, it also tastes amazing.
No wonder everybody from Teheran to Andalusia to Sicily decided to adopt sweet and sour in everyday cooking. Especially in a hot place such as the Mediterranean basin, where food preservation was a major concern before the invention of refrigeration.

The praise for the invention of Sweet and Sour seems to goes to Persia.
The name derives from the Persian sikba: sik, “vinegar”and ba, “food”.
In the 7th century Persia was conquered by Arabs, and through the Arabs (during the Moorish era) Sweet and Sour recipes reached the rest of the Mediterranean shores.
During the journey, the technique changed its name several times, becoming Agrodolce or Scapece in Italy and Escabeche in Spain.
But the Sweet and Sour story didn’t stop in the Iberian Peninsula. Together with Spanish Conquistadores, it crossed even the Atlantic Ocean mixing with new ingredients from the American continent and to creating some of the most beloved dishes of Latin America such as the Mexican Turkey Escabeche and, according to some, the Peruvian Ceviche.
In Sicily we are particularly grateful to the Arabs, not only for the Sweet and Sour, but also for having introduced in the island the sugarcane and started the sugar production. 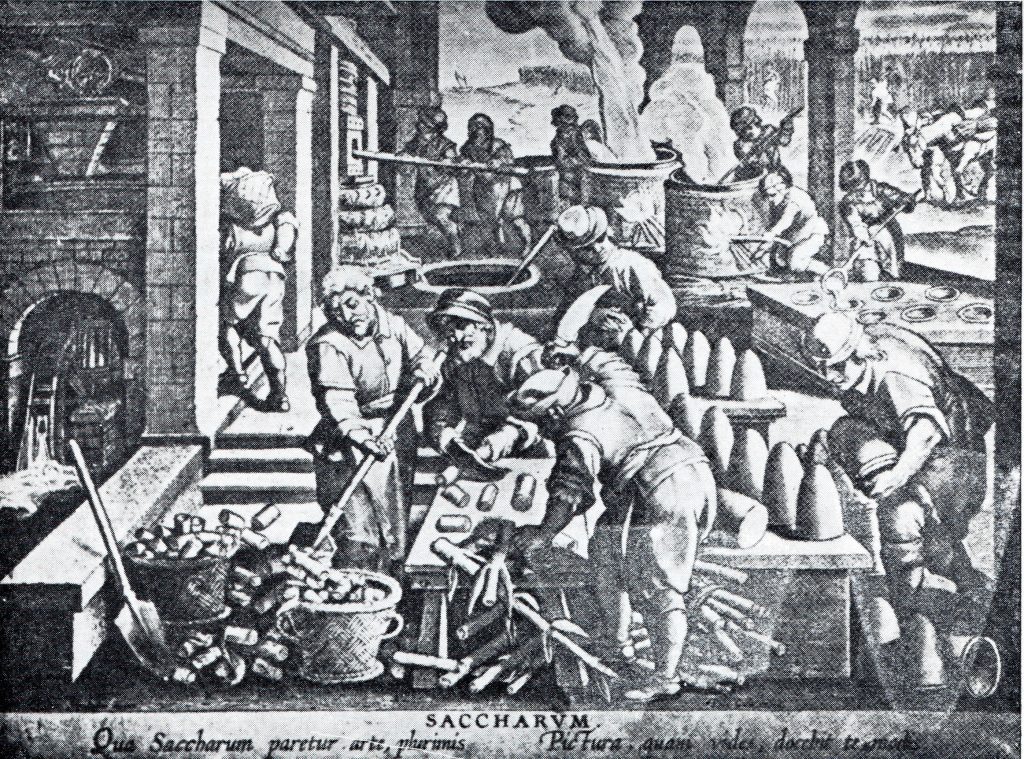 And of course we do squash in Agrodolce, but we call it “Fegato dei Sette Cannoli” (The Sette Cannoli Liver) and the reason why is another story on its own.
More precisely, it’s a legend. A legend that tells a story of poverty, class inequality and cleverness.

In the historical city center of Palermo there is a food market called la Vucciria.
It has been there since many centuries. (Today it is unfortunately in decay because of the perennial state of decadence of the neighbourhood, divided between decadence and gentrification).

In the middle of the market stands the beautiful Garraffello fountain, with its distinctive seven 7 taps, 7 cannoli in Sicilian dialect.
According to the legend, in the time when the meat was a luxury conceded only to the aristocracy, one vendor used to ironically advertise the sweet and sour squash shouting u ficatu ri sette cannoli (the liver of the seven taps).

The original recipe required indeed breaded beef liver slices, pan fried and seasoned with Agrodolce sauce.
Because yes, even the offal in the 17th and 18th century was a luxury unaffordable to commoners.
That says a lot about Palermitans attitude to food and class inequality. Until the 50s, aristocracy and poor people used to live next to each other.
The latter constantly tormented from the flavours coming out from the kitchens of the aristocratic palaces, where French chefs called Monsù (form Monsieur) were at work.
Some servant probably stole the recipes of his Monsù and what money could not buy was sorted by mums cleverness.
“We can’t buy capone fish (mahi mahi) we’ll do caponata with aubergine. We can’t buy little birds called beccafico? We’ll uses sardines. We can’t buy meat or liver? We use pumpkin slices!”,
Sometimes this subversive variations were even better than the original. An so still today, the “Settecannoli liver”, or Sweet and sour squash, is more popular than liver in Agrodolce.

Who said that the rich are always right? 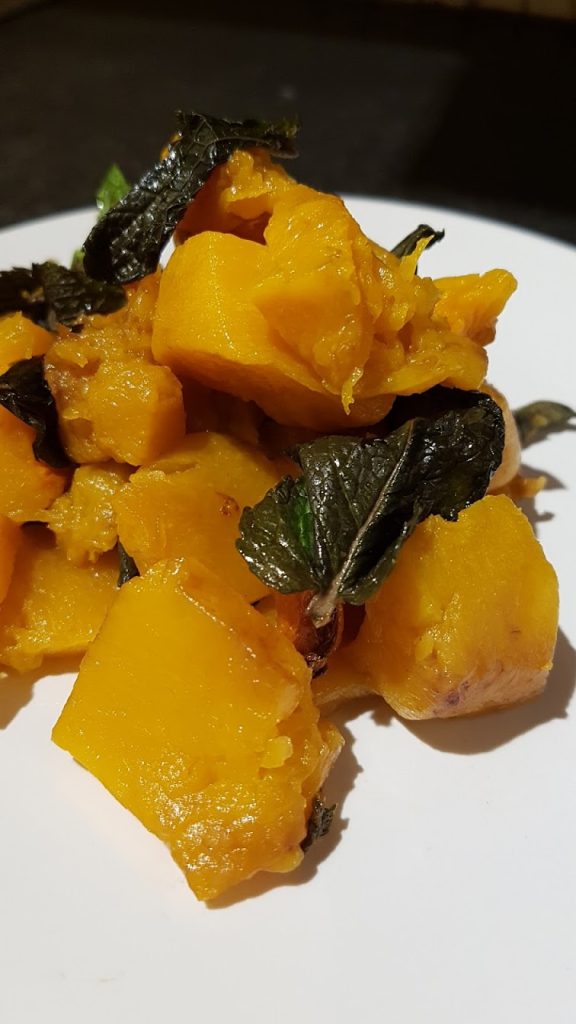 Put the squash cubes and garlic in a roasting tray and season with extra virgin olive oil and salt.
Bake at 200 °C for 45 minutes or until fork tender.*
Mix sugar and vinegar and pour on the squash.
Let bake for a few minutes, until the liquid has reduced, but not completely dried up.
Let cool down and add the mint leaves.
Put in a sealed container and let rest in the fridge.
Sweet and sour is at its best after a minimum rest of 12 hours.

* Original recipe would require the squash to be sliced and deep fried in olive oil. But we use a different variety. I find that with butternut squash, the common variety that you can buy in Ireland, baking works better.

This website uses cookies to improve your experience while you navigate through the website. Out of these, the cookies that are categorized as necessary are stored on your browser as they are essential for the working of basic functionalities of the website. We also use third-party cookies that help us analyze and understand how you use this website. These cookies will be stored in your browser only with your consent. You also have the option to opt-out of these cookies. But opting out of some of these cookies may affect your browsing experience.
Necessary Always Enabled

Any cookies that may not be particularly necessary for the website to function and is used specifically to collect user personal data via analytics, ads, other embedded contents are termed as non-necessary cookies. It is mandatory to procure user consent prior to running these cookies on your website.